In the absence of external guidance, how can a baby humanoid robot learn to map the many raw pixels of high-dimensional visual inputs to useful action sequences? I study methods that achieve this by making robots self-motivated (curious) to continually build compact representations of sensory inputs that encode different aspects of the changing environment. Previous curiosity-based agents acquired skills by associating intrinsic rewards with world model improvements, and used reinforcement learning (RL) to learn how to get these intrinsic rewards. But unlike in previous implementations, I consider streams of high-dimensional visual inputs, where the world model is a set of compact low-dimensional representations of the high-dimensional inputs. To learn these representations, I use the slowness learning principle, which states that the underlying causes of the changing sensory inputs vary on a much slower time scale than the observed sensory inputs. The representations learned through the slowness learning principle are called slow features (SFs). Slow features have been shown to be useful for RL, since they capture the underlying transition process by extracting spatio-temporal regularities in the raw sensory inputs. However, existing techniques that learn slow features are not readily applicable to curiosity-driven online learning agents, as they estimate computationally expensive covariance matrices from the data via batch processing.

I will present here incremental and modular versions of SFA, and show how they can be combined with a curiosity-driven humanoid robot to enable autonomous skill acquisition from high-dimensional images.

Updates slow features one sample at a time.

Figure 1: A toy example: (a) Consider a zero-mean input signal (input points represented by black dots) that spatially resembles white noise. Linear spatial feature extractors (such as PCA) will not prefer any direction over any other. (b) Certain hidden directions can be uncovered if the changes between subsequent time instants are used. Here, the arrows show a short representative sequence of input. (c) Space of all difference vectors between consecutive time instants. The direction of the least variance is the direction of slowest change (first Slow Feature).

Figure 3: Experimental result of IncSFA on episodes where the iCub knocks down two cups via motor babbling on one joint. After training, several episodes (each episode is an image sequence where the cups are eventually both knocked down) are embedded in the space spanned by the first two slow features. The figures shows a few example images and where they lie in the embedding. The cluster in the upper right (A) represents when both cups are upright. When the robot knocks down the blue cup first, it moves to the cluster in the upper left (B1). If it instead knocks down the brown cup, it moves to the lower right cluster (B2). Once it knocks down both cups, it moves to the lower left area (C).

BSFA solves a linear approximation of the above problem through a simpler eigenvector approach. It applies batch Principle Component Analysis (PCA) twice. The first PCA is used to normalize the input ${\bf x}$ to have a zero mean and identity covariance matrix (whitening). The second PCA is applied on the derivative of the normalized input $\dot{{\bf z}}$. The eigenvectors with the least eigenvalues are the slow feature vectors.

For many instances, there is no need to use IncSFA instead of BSFA. But at higher dimensionality, IncSFA becomes more and more appealing. For some problems with very high dimensionality and limited memory, IncSFA could be the only option, e.g., an autonomous robot with limited onboard hardware, which could still learn slow features from its visual stream via IncSFA. The following summarizes the advantages IncSFA has over BSFA:

These advantages make IncSFA suitable to use for several online learning applications. A link to the Python, Matlab, javascript (browser) implementation of the IncSFA algorithm can be found in the Software section below.

Learns the next easiest yet unknown SFA-regularity among the inputs, with theoretical guarantees! 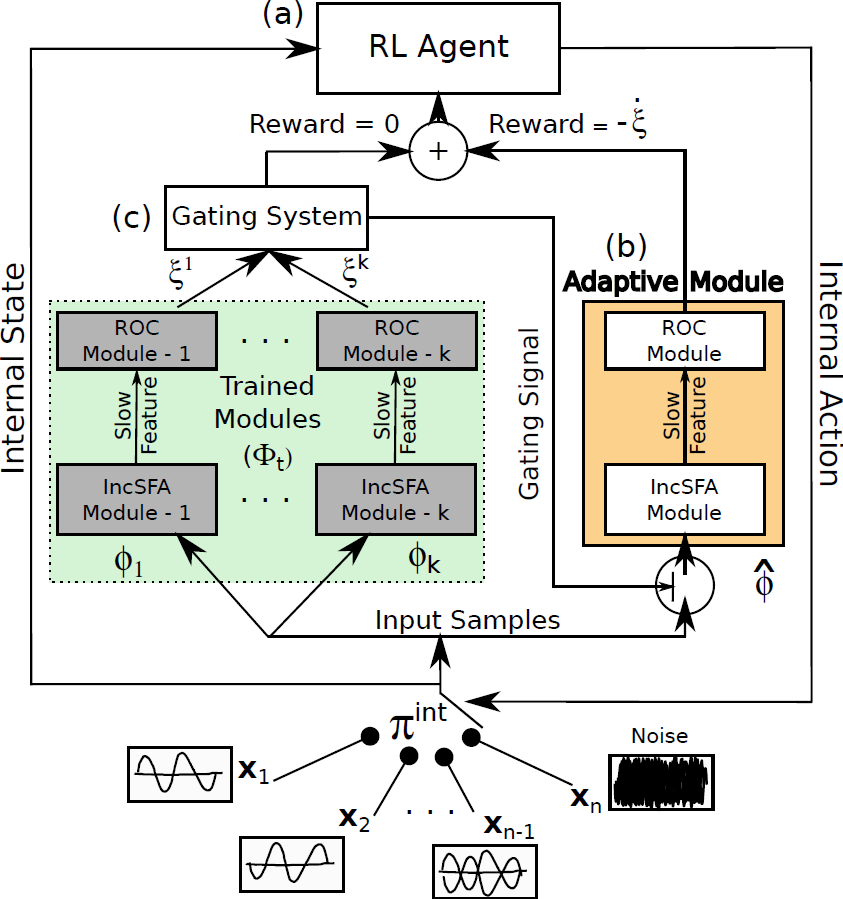 Figure 4: Architecture of Curious Dr.\ MISFA includes (a) a reinforcement learning agent that generates an observation stream selection policy based on the intrinsic rewards, (b) an adaptive Incremental SFA coupled with Robust Online Clustering module that updates an abstraction based on the incoming observations, and (c) a gating system that prevents encoding observations that have been previously encoded. 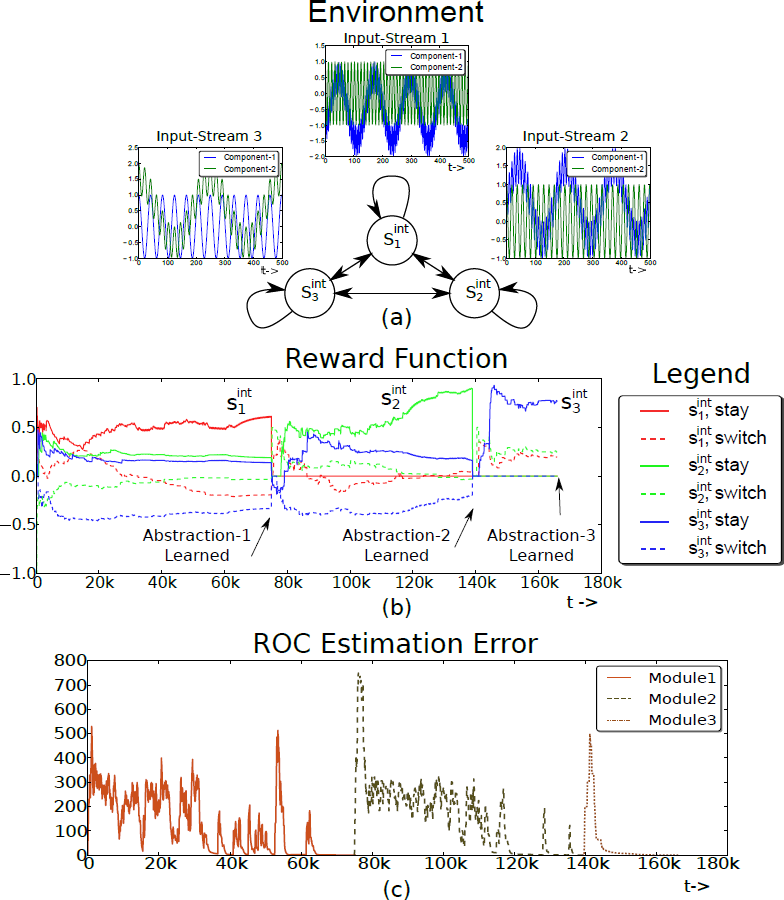 IncSFA extracts slow features without storing or estimating computationally expensive covariance matrices of the input data. This makes it suitable to use IncSFA for applications with high-dimensional images as inputs. However, if the statistics of the inputs change over time, like most online-learning approaches, IncSFA gradually forgets previously learned representations, Curiosity-Driven Modular Incremental Slow Feature Analysis (Curious Dr. MISFA) uses the theory of artificial curiosity to address the forgetting problem faced by IncSFA, by retaining what was previously learned in the form of expert modules. From a set of input video streams, Curious Dr. MISFA actively learns multiple expert modules comprising slow feature abstractions in the order of increasing learning difficulty, with theoretical guarantees. 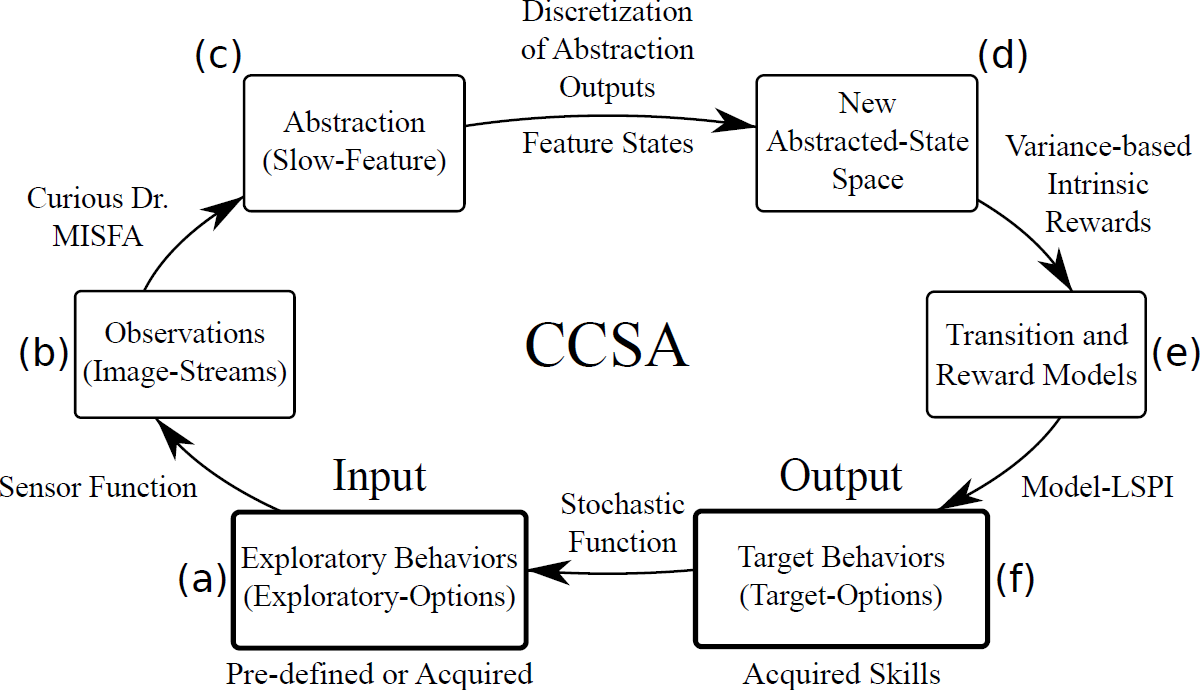 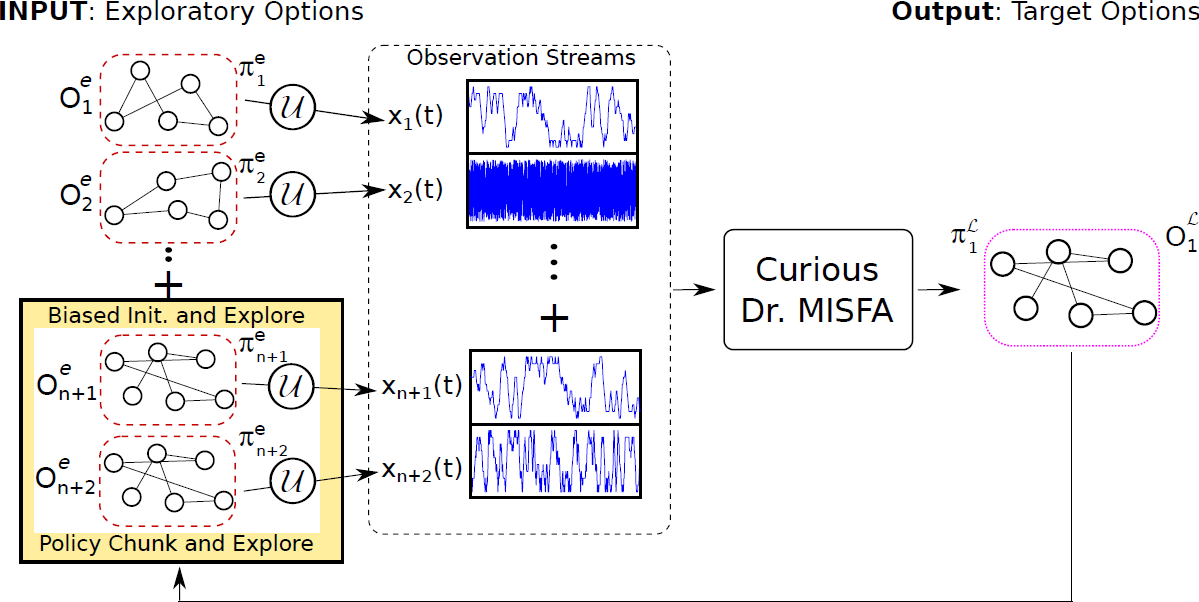 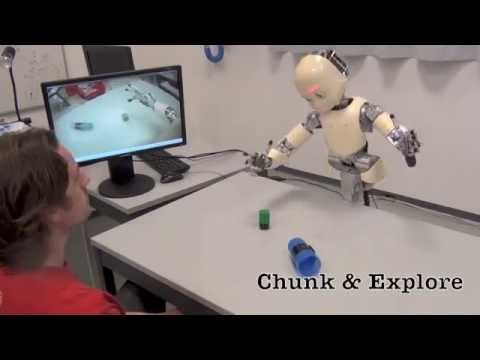 Python and Matlab codes of the above algorithms can be found here .